Though Nicki Minaj has impressed as an American Idol judge this year, she will not perform on the show. 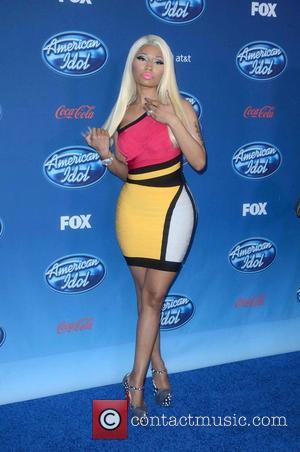 Nicki is probably aware that both judging and performing on the show comes across as a little, well, greedy. The singer has become a hit with American Idol viewers for her brutally honest opinions of contestants, though she insists everyone in the live round of the show deserves their place. "All of these kids that are left right now, I don't want to see any one of them go now," she said, "To be completely honest, I feel they could all go out and make an album right now and be successful around the world. And also, they put in work, they put in a lot of work and they deserve to be there. I think that's what makes me happy. The people we have left deserve to be there."

There were high hopes for singer R&B singer Burnell Taylor, though he struggled through Bon Jovi's 'You Give Love A Bad Name' and was subsequently eliminated on Thursday. Nevertheless, Minaj remains hopeful for its future in the music business, "Burnell has a real R&B soulful John Legend voice to me. I could completely see myself doing a song with Burnell," Minaj said. Burnell Taylor Was Eliminated On American Idol This Week