The winner has been crowned... and it's probably the one you expected. 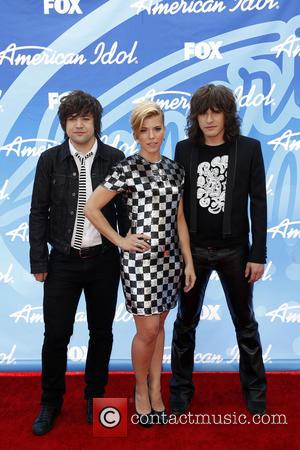 Well, after months of intense competition and emotions – both from the contestants and the judging panel – American Idol finally has its winner. It came down to Candice Glover and Kree Harrison and in the end Candice won out the audience’s affection. Of course, those producers weren’t keeping still and in record time, Glover already has her debut album out for iTunes pre-order and the record is expected to drop July 16. So far the songstress has only recorded one track, her coronation song “I Am Beautiful.” And with recording for the album in full swing, as well as the American Idol Live tour coming up, Candice has quite a lot on her plate. But that’s the life of a pop star, after all. For the moment though, she’s taking some time to just soak it in and bask in the glory. This is Glover’s third try on Idol, meaning she won it the hard way – hard, if you don’t compare it to the struggling musicians of Ye Olde Days, of course.

In an interview with MTV, Glover gushed about her victory and the direction she hopes to take with her music: "Definitely some different things than what I've been doing on the show and some stuff that will get my fanbase to know the type of singer I'm actually going to be." Just a couple of days after her victory, Candice is already making plans.