Amy Schumer To Be Honoured At Bafta Britannia Awards

Comedienne Amy Schumer Is Set To Be Honoured For Her Excellence In Comedy At The Upcoming British Academy Of Film And Television Arts (Bafta) Los Angeles' Britannia Awards Next Month (Oct15). 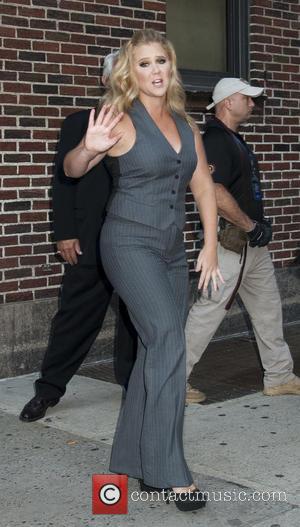 The Trainwreck star has been chosen to receive the Charlie Chaplin Britannia Award for Excellence in Comedy, a prize which "recognises talent whose popularity and cultural impact exemplifies the uniquely transcendent quality of excellent comedy".

BAFTA/LA chairman Kieran Breen praised Schumer's exceptional work in a statement which reads: "In just a few years, Amy Schumer has established herself as a performer of great courage and discipline. With Trainwreck and (TV series) Inside Amy Schumer, she has dared her peers to tackle the most difficult subject matter but in the smartest and most entertaining way.

"As one of the most fearless, incisive, and socially engaged contemporary artists in the comedy realm, she is more than deserving of an award bearing the name of Charlie Chaplin."

Meryl Streep, Sam Mendes and James Corden will also be feted at the ceremony at the Beverly Hilton Hotel on 30 October (15).

It has been a year of big awards for Schumer, who took home the Outstanding Achievement in Comedy and Individual Achievement in Comedy prizes at the Television Critics Association's 31st annual TCA Awards last month (Aug15), and picked up a trophy at the Peabody Awards in New York City in (May15) for her comedy series Inside Amy Schumer.