Comedian and actor Andy Dick (NewsRadio; Road Trip; Less Than Perfect) is seen having lunch with a friend at Vegan Glory in West Hollywood. Andy is busy eating and so does not respond to the photographers when they honk their horn as they stake him out in their car. They even tell a woman to move as she collects a parking ticket, as she is partially in the way of Andy, who is sitting in the window.

Andy has also done voice work, voicing Dylan in animated movie The Reef. He will be reprising this role in the sequel, due for release in 2012 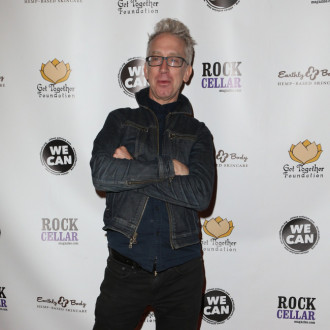