Review of Then & Now Album by Ash 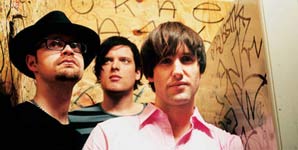 With a scheduled June release for their fifth album, this package is a reminder/preview of what Downpatrick's finest rockers have produced. Two new tracks are accompanied by eight of their best known hits, though tellingly 1998's misfiring "Nu-Clear Sounds" isn't represented.

Even though Ash's catalogue is barely explored by this disc, the contents of it can leave few in doubt that Tim Wheeler is immensely talented at writing pop-rock tracks of the highest calibre. "Burn Baby Burn" is arguably their best known moment, full of hectic guitars and a chorus catchier than flu, while "Shining Light" also showed them capable of great power-balladry - an Ivor Novello award for the song being testament to that. However, it is their earlier work which stands the test of time and still makes you want to jump around like a teen with too much energy. 12 years after it was released, "Girl From Mars" is still one of those tracks guaranteed to make mosh pits bounce and indie clubbers dance.

Having returned to being a trio with the departure of guitar vixen Charlotte Hatherley, it is understandable that there is a degree of apprehension toward new record, "Twilight Of The Innocents". These fears are quickly dispelled by "I Started A Fire", a roaring track that sees Wheeler more honest than ever before, and lead single, "You Can't Have It All". Driven by the groove of bassist Mark Hamilton, Ash sound confident and unaffected by the scaling down of their numbers. Coupled with their recent low-key tour, it points to a group whose appetite is still very apparent and are far from out of ideas.