'That 70s Show' star Ashton Kutcher has defended Ellen Degeneres and claimed she has ''never pandered to celebrity''.

The 42-year-old actor has defended the daytime talk show host during the ongoing workplace investigations into her programme, and he suggested she has always behaved with ''respect'' and ''kindness'' towards him and his team.

He tweeted: ''I haven't spoken with @TheEllenShow and can only speak from my own experience. She & her team have only treated me & my team w/ respect & kindness.

''She never pandered to celebrity which I always saw as a refreshing honesty. When things aren't right she handles it and fixes.''

Although one follower insisted she only treats him positively because he's famous, he claimed that's not the case.

He replied: ''But it extends to my team and people she didn't even know I work with.''

Producers of 'The Ellen Degeneres Show' have been accused of creating a ''toxic work environment'' by several former employees, as well as sexual misconduct claims being placed against two of the show's top executives.

Whilst Ellen, 62, was not accused of any wrongdoing in the allegations, she sent a letter of apology to her staff last week, which caused backlash after Brad Garrett - who appeared on the chat show six times between 2004 and 2007 - accused her of treating some people on the programme ''horribly''.

A number of celebrities - including the likes of Katy Perry and Kevin Hart - have spoken out to defend her after 'Everybody Loves Raymond' star Brad slammed her on Twitter.

The 60-year-old actor wrote: ''Sorry but it comes from the top @TheEllenShow. Know more than one who were treated horribly by her. Common knowledge.''

Meanwhile, in her letter to staff, Ellen said she was ''disappointed'' to hear about the allegations surrounding her show's producers.

She wrote: ''On day one of our show, I told everyone in our first meeting that 'The Ellen DeGeneres Show' would be a place of happiness - no one would ever raise their voice, and everyone would be treated with respect. Obviously, something changed, and I am disappointed to learn that this has not been the case.

''For that, I am sorry. Anyone who knows me knows it's the opposite of what I believe and what I hoped for our show.'' 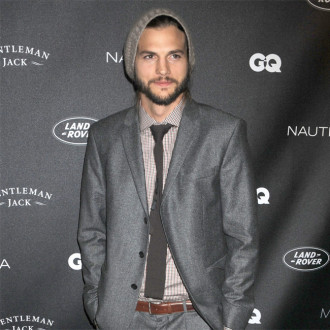