By Hannah Spencer in Music Reviews on 11 October 2010 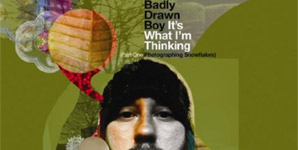 The high point of tea cosy hat wearing singer-songwriter Damon Gough's career was probably beating Coldplay and Doves to win the Mercury Music Prize with his debut album 'The Hour Of The Bewilderbeast' back in 2000. Around a decade on, Gough, better known as Badly Drawn Boy, returns with his seventh album It's What I'm Thinking (Part One - Photographing Snowflakes).

'In Safe Hands' kicks off with layers of picked acoustic guitar and soaring electric noise creating an atmospheric bed of sound over which whispered echoing vocals meander. It's heavy on the reverb but flat in other respects; the opening track to It's What I'm Thinking is a far cry from the catchy, memorable contents of earlier albums. Before the vocals enter, it's an eerie, guitar built soundscape loaded with potential, but after, it soon becomes apparent that the writing is repetitive and flat with no discernable chorus. Electronic, computer programmed beats and squelches form the backing for spoken word and picked guitar in 'The Order Of Things'; there's more of a tentative suggestion at a structure and chorus but the track still comes across as flat and meandering background music. Hinting at a blend more what we're used to, the variation to other tracks in lead single 'Too Many Melodies' lies in the instrumentation; the introduction of a string section that get pushed to the foreground at various points. The string ensemble ending, however, is bigger than any moment within the track itself.

Throughout, the album's only saving grace is its' glimmers of lyrical beauty; the bearded boy from up north can barely be faulted on his poetic ability as there are hints of lyrical brilliance at several moments throughout It's What I'm Thinking. Listening to his lyrics as a story, detaching them from their musical setting, Badly Drawn Boy's latest offering of echoing rambling tales, when patiently persevered with, is quite entrancing. With lyrics set to meandering, bland music, however, it's not long before boredom sets in.

'I Saw You Walk Away', the halfway point of the album, is where things start to improve with a lush, swooping string arrangement and distinguishable sections, even if they do roll on to the next with little variety until, towards its close, the track bursts into something of an instrumental with computer manipulated piano. The sound of striking and blowing out a match that closes the track, amongst other seemingly random sound bites, is among the collage-like quirks of Badly Drawn Boy's eclectic musical personality. Later, the trippy chorus of 'You Lied' is reminiscent of a more sombre, melancholic version of Simon & Garfunkel's 'The Boxer', whilst 'A Pure Accident' is driven forward by drums as a more upbeat number with energy that continues into 'This Electric', the highlight of the offering - even if it is track nine of ten. 'This Electric' has a well built string arrangement and more upbeat and popular feel, an oooh refrain and catchy chorus followed by a funky break towards its close.

If the Mercury award winning 'The Hour Of The Bewilderbeast' is the benchmark, then this release, a decade on, regrettably falls substantially short; it's barely more than a collection of Badly Drawn Boy's meandering musical self-indulgence. 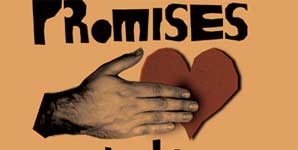 Badly Drawn Boy - A Journey From A To B Video 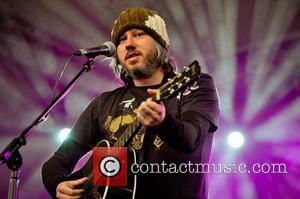 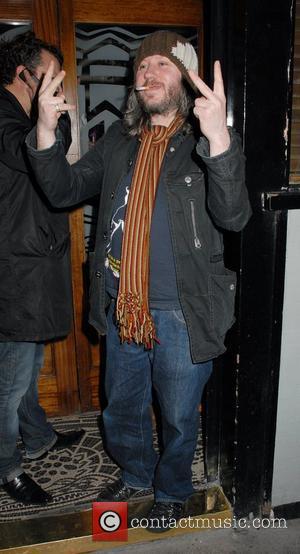 Gough: 'My Lyrics Upset My Girlfriend'