There comes a point for many bands where they seem to shift up a gear. Their sound doesn't change, there's no magical lyrical progression, but perhaps with increased confidence everything just sounds bigger. Think back to R.E.M. when they released Document and Green, Best Coast have pulled off a similar trick on their third album California Nights. It's fundamentally the same formula, but these songs sound BIG, and the underlying sugar sweet melodies are even more addictive because of the sonic punch placed over them. 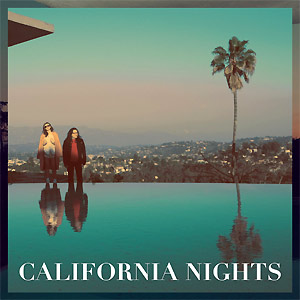 Songwriter and vocalist Bethany Cosentino has revealed the album title refers to both her insomnia and the darker underbelly of Los Angeles. While both of those themes are obvious throughout, the album works on a much simpler level, the immediacy of the songs themselves. They don't really build to a crescendo; they're pulling you enthusiastically along a roller coaster from the moment they start. It's the guitars and Cosentino's multi-tracked harmonies that are the real attraction here. You can certainly argue that the juxtaposition of darker themes with breezy guitar pop sensibilities adds depth, it certainly does. However heartfelt these sentiments are they act as peripheral window dressing to the breakneck pace of the album, to be honest that's not really a problem. Take 'Heaven Sent' as an example. The lyric acts as the musings of a spurned lover, but the spiky almost Punk urgency of the guitars descends into a feedback sprawl of noise. That conveys a sense of anger and obsession, which the lyrics don't quite manage to grasp.

It's by no means just Cosentino who gets a chance to impress here. Bobb Bruno sounds as if he's got a broader range of instruments to play with this time round too. Both the title track and 'Wasted Time' see the duo ease back from their frantic pace to allow moments of reflection. It's at those points that you notice the dreamy synth lines that underpin the tracks. The joy of all of these songs is that they are deceptively simple, however there's actually a lot going on in the background that you miss first time round. For the most part Bruno's contribution isn't overstated, but when you dig a little deeper you recognise just how many of those small touches he's buried away behind the guitars. 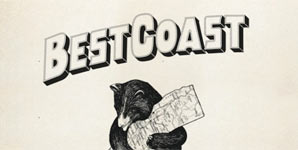 Formed around core members Bethany Cosentino and Bobb Bruno, 'Crazy For You' is the debut album from this Los Angeles outfit. Currently playing shows in Europe, including a date in London on August 4, they return to their homeland in September for a tour that spans across the month. 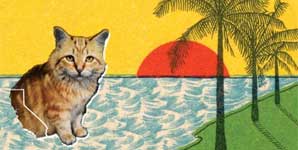