Legendary producer Brian Eno hated U2's iconic song WHERE THE STREETS HAVE NO NAME so much, he tried to erase it in the recording studio.
The track, from the band's 1987 album Joshua Tree, went on to become one of their most famous hits, and was named by Rolling Stone magazine number 28 in their 100 Greatest Guitar Songs of all time.
But U2 owe its release and subsequent success to a young technician who physically fought Eno, who produced the record, to stop him from wiping it from existence.
During an appearance on Elvis Costello's Spectacle TV show, guitarist The Edge reveals, "He had witnessed us try so many ideas it was all grey. So he decided to erase it and start again.
"He sent our junior engineer out of the room so he could erase it. The engineer had to physically grab him and pull him out of the control room." 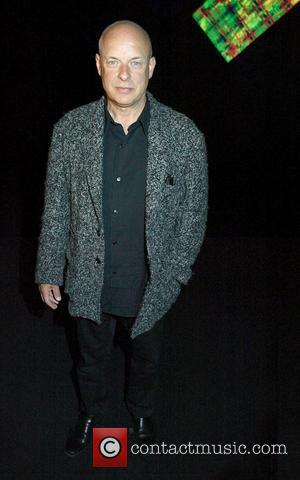