Britney Spears' most loyal fans were left disappointed after paying $2,500 to meet her at her Las Vegas residency but only getting three seconds of her time. 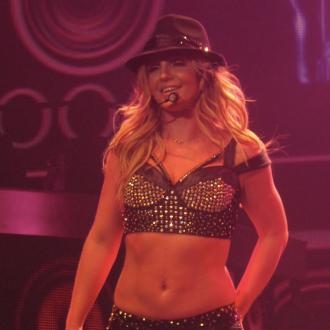 Britney Spears fans were left disappointed after paying $2,500 to meet her for three seconds.

The 'Work Bitch' singer's loyal followers shelled out a hefty sum to mingle with the star ahead of her Planet Hollywood residency concert in Las Vegas but were less than pleased with their impersonal encounter with their idol.

The disgruntled fans had purchased an exclusive VIP package to sit front row at Britney's 'Piece of Me' concert as well as meet her and receive one-of-a-kind merchandise.

A source told RadarOnline.com: ''Fans were told before the meet-and-greet that they were not to hug or touch Britney without her permission and they weren't allowed to bring her any gifts. And then once they finally got to meet her it was like, smile, take a photo, goodbye. Each person literally got, like, three seconds with her.''

In addition to being imposed with a number of restrictions, the excitable fans were further deflated after being greeted with a despondent Britney, who ''barely spoke''.

The insider added: ''Fans were anticipating a flashy meet-and-greet with Britney but instead it was just awkward and uncomfortable. She barely spoke. She just smiled and nodded and said 'thank you' a lot.''

The 32-year-old songstress kicked off her two-year residency in Las Vegas last Friday (27.12.13) in front of a star-studded crowd including Miley Cyrus, Katy Perry and Mario Lopez.