Music Veteran Burt Bacharach Performed In A London Street On Thursday Night (15oct15) To Mark The Opening Of His New West End Musical. 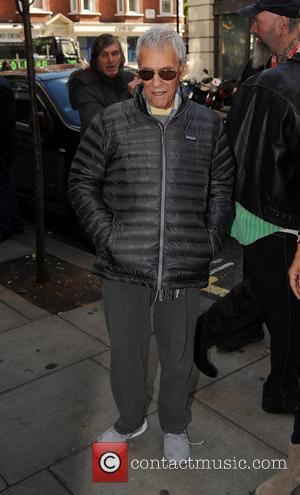 The legendary songwriter's music forms the basis of new stage show Close To You: Bacharach Reimagined, which launched at the Criterion Theatre in the British capital this week (beg12Oct15).

Burt attended the opening night show on Thursday, and later celebrated by setting up a stage in Piccadilly Circus, just yards from the front of the theatre, to perform a short set for hundreds of fans.

He was joined by members of the cast after they came off stage for a singalong with the crowd, and the street performance was documented in a series of pictures and videos posted on the show's Twitter.com account.

"It's a great honour to have my music done like this and received like this," Burt says of the show. "Very emotional. It's a very good night for me."

Burt Bacharach: Recording new music in lockdown has been a 'lifesaver'

Bacharach Postpones Tour After Back Surgery