Whitney: Can I Be Me Review

Notorious British filmmaker Nick Broomfield teams up with Austrian music documentary producer Rudi Dolezal to tell the story of Whitney Houston's tumultuous life. As the title suggests, what haunted the iconic singer most was an inability to live on her own terms. With strong echoes of 2015's Amy, this film presents a range of never-seen footage without commenting on it.

Broomfield assembles his movie around Dolezal's unfinished documentary about Houston's 1999 world tour, which turned out to be her final triumphant performances. As she travelled the globe, her world was unravelling around her. But the issues go back to her early childhood as a singing prodigy sculpted into a pop princess by her controlling mother, the gospel singer Cissy. And her record company maintained the popstar image. Meanwhile, her personal life was shaped by two key figures: her husband Bobby Brown and her manager-assistant Robyn Crawford, who clashed loudly about who should make decisions about Whitney's life. All of this led to crippling self-doubt, fuelled by a drug habit that had started when Whitney was a teen.

The story is edited out of sequence, circling around Houston's life. Much of the 1999 backstage footage is shockingly intimate, revealing aspects of the singer's personality and relationships with unexpected openness. And since it's accompanied by archive interviews and present-day comments from people who were there, each moment comes with a strong kick of resonance. The most striking interviewee is bodyguard David Roberts, who in 1995 warned the family of coming tragedy if they didn't make changes (he was sacked for speaking out of turn). Most glaringly absent are Brown and Crawford, who have simply refused to clear up the biggest rumours that have surrounded Houston's life, including the one relating to her sexuality.

Continue reading: Whitney: Can I Be Me Review 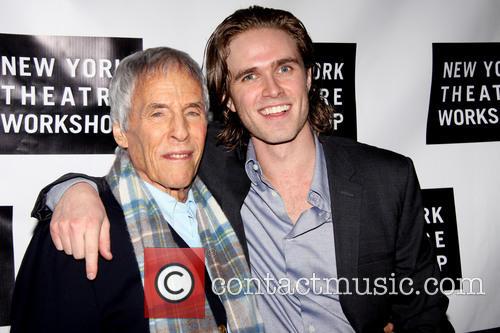 Bacharach Postpones Tour After Back Surgery