Celia Imrie thinks British television shows are ''boring'' and too slow-paced compared with their US counterparts.

The 'Second Best Exotic Marigold Hotel' actress finds UK dramas such as 'Broadchurch' too slow-paced and much less exciting than their US counterparts.

Asked if she had watched 'Broadchurch', she said: ''I'm afraid not - I found it all rather grim.

''Quite frankly, I think English television in general is rather boring in general these days. I'll sit there shouting, 'Get on with it' at the TV, because things just move so slowly.

American TV on the other hand, is absolutely brilliant at the moment. 'Nashville', 'House of Cards', 'Homeland'...''

The 62-year-old actress is still dogged with joked from her 2003 movie 'Calendar Girls', in which her character asked for ''bigger buns'' to cover her breasts when she posed nude, but she longs to break away from that role.

She said: ''These days I can make jokes about them but for years I was embarrassed.... and I wouldn't mind the 'bigger buns' thing, but I've decided now that I'd rather like to surprise people with the roles I choose you know? Do something different.''

And Celia has a much darker character in mind.

She told Glamour magazine: ''What I'd rather like is to play a murderer because horrible parts are always the best ones.'' 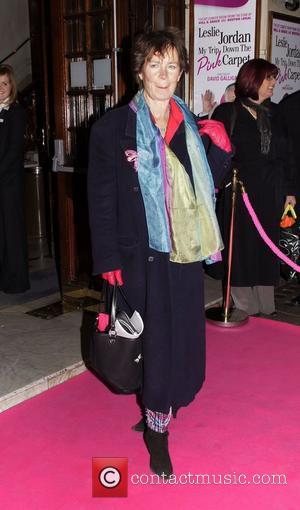