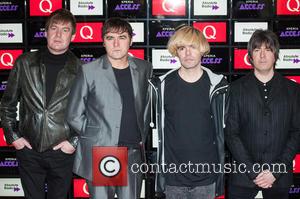 Rumours of the band's secret performance began spreading ahead of the 11am (local time) opening slot, which was billed as "Special Guests," and frontman Tim Burgess hinted at the news by posting a picture of himself backstage in front of a festival map.

Organisers later confirmed the billing, and The Charlatans thrilled fans with the first big performance of the 2015 event.

The opening day of the festival will also feature sets from acts including Motorhead, Mark Ronson, Mary J. Blige, The Cribs, and headliners Florence + The MAChine, who were pushed up the bill to replace the Foo Fighters following their cancellation.

Festival-goers are set for a further surprise on Friday night as an empty slot on the bill before the headliner has yet to be announced.