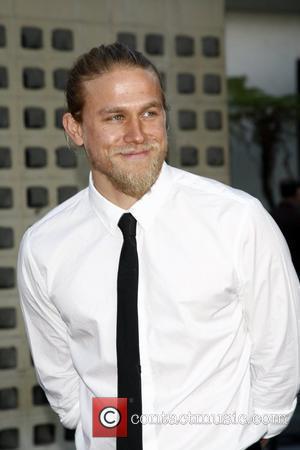 'SONS OF ANARCHY' season 3 premiered on Tuesday 7th September 2010 on FX. The drama series starring Charlie Hunnam focuses on life in a small-town Californian motorcycle gang in the fictional town of 'Charming'. Central to the plot is the show's protagonist 'Jackson Teller', played by Hunnam, who despite being Vice President of the gang, begins to doubt the club's direction.
The show debuted in September 2008 and immediately began attracting average weekly audiences of 5.4 million, making 'Sons of Anarchy' the network's most successful series since 'Rescue Me'. Season 2 began almost one-year later, on September 3rd 2009, and the third instalment began on Tuesday night. Season 3 picked up exactly where its predecessor left off, with Jackson in a frantic state over the kidnapping of his infant son by a member of the IRA. KAREY SAGAL's character 'Gemma' is on the run and tops the FBI's most-wanted list after being framed for murder.
The show is loosely based on William Shakespeare's 'Hamlet', with 'Jackson' playing the role of 'Prince Hamlet', and 'Gemma' playing the 'Gertrude' figure. Elsewhere, Ron Perlman'S character 'Clay', is based on the role of King Claudius.