Chloe Grace Moretz has said the upcoming 'Carrie' remake - based on the Stephen King novel of the same name - has been delayed by seven months to make it even ''scarier''. 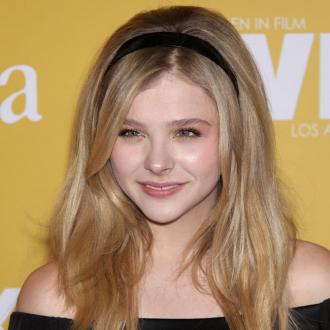 The 'Kick Ass 2' star explained how the horror movie - the third adaptation of Stephen King's novel of the same name - was pushed back from a March release to October in the US, but not for the Halloween tie-in.

She told Fangoria magazine: ''We prolonged a couple of scenes that needed to have an extra moment or an extra beat just to make it even deeper.

''It wasn't about cutting anything out or trying to edit around things; it was about adding more to make the movie scarier and more intense.''

The 16-year-old actress and her co-star, Julianne Moore - who plays her mother in the movie - even filmed ''three extra scenes'' to add to its depth.

She explained: ''We actually prolonged the film. We did some reshoots, and added three extra scenes with Julianne and I to make the movie even deeper and darker.''

In the past, Moretz offered encouragement to fans of the novel, insisting while the film differs from previously adaptations it gets closer to the source material.

She previously said: ''The script is totally different from the [original]. It's more like the book.

''It's a more 'Black Swan' version - it messes with your mind. You'll see things, and you don't know if you've seen them.''