Chloe Moretz: Carrie Will 'Mess With Your Mind'

Chloe Moretz says the 'Carrie' remake will ''mess with your mind'', and while filming the rebooted horror movie she has started ''seeing things'' that weren't there. 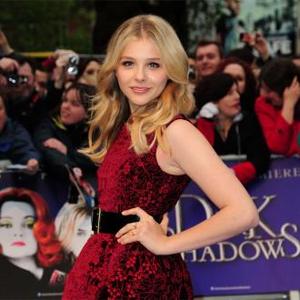 Chloe Moretz says the 'Carrie' remake will ''mess with your mind''.

The 'Kick-Ass' actress compares the forthcoming remake of the 1976 horror film to 2010 thriller 'Black Swan' - which stars Mila Kunis and Natalie Portman - and admits the rebooted movie will be mainly based on the Stephen King novel of the same name.

She said: ''The Script is totally different from the [original]. It's more like the book. It's a more 'Black Swan' version - it messes with your mind. You'll see things, and you don't know if you've seen them.''

Chloe stars as the titular character - a bullied schoolgirl who discovers she has psychic powers and uses them to cause havoc in her hometown - in the movie alongside Julianne Moore, who plays her onscreen fundamentalist mother.

The 15-year-old star insists she isn't going to watch the original Brian De Palma motion picture - which sees Sissy Spacek portray the titular character - because she wants to put her ''own take'' on her alter-ego.

She added to Vanity Fair magazine: ''I'm not watching it in preparation for the movie, because we're doing something totally different, and I'm trying to bring my own take into it.

''I am changing everything about me--my hair, my look. I'm doing my own take on [the character].''