Chris Hemsworth needed no stunt team for The Rush

Chris Hemsworth didn't rely on the stunt team for 'The Rush' because he wanted to take up the driving seat while filming. 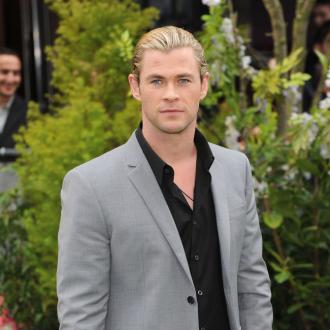 Chris Hemsworth didn't rely on the stunt team for 'The Rush'.

The 29-year-old actor, who plays lead Formula 1 racing driver, James Hunt, in the forthcoming biopic, insisted on getting into the driver's seat himself while filming, and found the experience especially nerve-wracking when crowds of people gathered to watch.

He explained to Total Film magazine: ''We did a lot of stuff whipping around the track with cameras mounted into our helmets or on chassis of the car. But the most nerve wrecking stuff were the shots where we pull into the pits, flip the visor up, deliver dialogue and pull out all in one shot.

''There are people standing around, there are cameras, there are extras, there's things to hit ... It's one thing for me to go floating off on the track on my own, but if I'm careening into a crowd of people it's a little worse.''

Chris, who was raised in Australia, didn't grow up as an Formula 1 fan, but insists he understands the need for speed.

He explained: ''My dad used to race superbikes before I was born and continued to be part of that world, so I was always around that kind of adrenaline fuelled energy.''