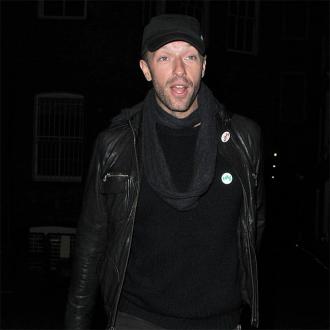 Chris Martin is recording music for 'The Office' movie.

The Coldplay frontman has reportedly teamed up with Ricky Gervais - who played the hapless David Brent in the award-winning sitcom - to record music for the soundtrack of the eagerly-awaited new film, titled 'Life On The Road'.

An insider told The Sun newspaper: ''Chris has known Ricky for years. They're good friends and he is always up for getting involved in his projects.

''He went to visit Ricky last week and they had great fun messing around in the studio.''

Ricky's latest project is being made without the help of his long-time friend and co-writer Stephen Merchant, who was also the co-director of the original sitcom.

A source close to the situation previously said: ''Ricky has every right to do a David Brent movie on his own but fans will understandably be gutted to have it confirmed that Stephen is not involved at all.

''Together they created one of the all-time classic TV shows with 'The Office', and all their projects as a team have been so well received.''

He said: ''I'm so excited that the world will see what David Brent is up to now and where his future lies.

''This film delves much more into his private life than 'The Office' ever did, and we really get to peel back the layers of this extraordinary, ordinary man.''