Christopher Walken is in talks to star alongside Shirley Maclaine and Christina Ricci in action comedy 'Wild Oats'. 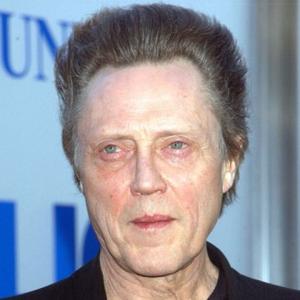 Christopher Walken is in talks to star in 'Wild Oats'.

The 67-year-old actor would star alongside Christina Ricci, Shirley Maclaine, John Corbett and Bill Pullman in the movie, written by Claudia Myers and directed by Scott Marshall.

The action comedy tells the tale of a grandmother (MacLaine) who runs away to Las Vegas with her granddaughter (Ricci) when she is suddenly given a cash windfall, according to The Hollywood Reporter.

Agathe David-Weill and Blythe Frank are directing the project - although Walken's possible role in the movie is not yet know.

Filming on 'Wild Oats' is due to begin in August.

Walken has worked on a number of well received films in the last decade, including 'Sleepy Hollow', 'Catch Me If You Can' and 'Hairspray'.

He has a number of upcoming projects including 'The Irishman' with Val Kilmer and Ray Stevenson and will soon begin shooting romantic drama 'A Girl and A Gun' with Luis Guzman.