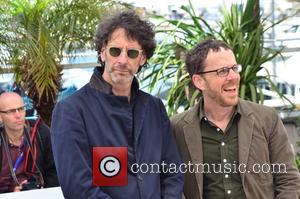 The Coen Brothers and Woody Allen have been recognised for their screenwriting as the nominations for the Writers' Guild of America (WGA) awards were unveiled.

The Coens received their fourth WGA nomination for Burn After Reading and will hope to follow their best adapted screenplay prize at last year's awards - for No Country For Old Men - with a best original screenplay prize in February.

However, they face stiff competition from Allen - receiving his 19th WGA nomination - as well as the screenwriters of Milk, The Visitor and The Wrestler.

In the best adapted screenplay category, The Dark Knight director Christopher Nolan is nominated alongside his brother Jonathan for their script for the Warner Bros box office sensation.

Eric Roth's adaptation of The Curious Case of Benjamin Button is also shortlisted, alongside the screenplays for Doubt, Frost/Nixon and Slumdog Millionaire.

Waltz with Bashir is named in the best documentary screenplay category though it faces stiff competition from Gonzo: The Life and Work of Dr. Hunter S Thompson, penned by two-time WGA winner Alex Gibney.

The WGA awards for both film and television will be unveiled on February 7th.