The big movie news this week is that Colin Firth, Geoffrey Rush, Helena Bonham Carter and director Tom Hooper will all be back for a sequel to The King's Speech, set during the Blitz. The film centres on the different experiences of the royals and the speech therapist's family as the Germans drop bombs on London. 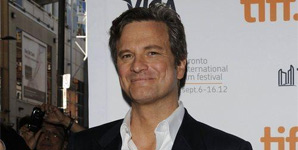 After his pivotal role in The Dark Knight Rises, Joseph Gordon-Levitt is back on our screens this week in the time travel hitman thriller Looper, in which he plays a 30-years-younger version of Bruce Willis. The smart, thoughtful action movie reunites Gordon-Levitt with Brick writer-director Rian Johnson.

And there are also five-star films opening in both the US and UK this weekend. Americans get a chance to sink their teeth into Pitch Perfect, a riotously funny a cappella comedy starring Anna Kendrick, while Brits are finally able to see bad-boy French filmmaker Leos Carax's Holy Motors, an insane cinematic odyssey that took Cannes by storm and is garnering some of the best reviews of the year in London.

Emma Watson has been out and about in London this week promoting her new film The Perks of Being a Wallflower, which marks her emergence as a mature actress who can put Harry Potter far behind her. Last week she posed in a tiny white dress for demanding paparazzi at the film's New York premiere, then signed autographs for her fans. The hot new trailer this week is for Steven Spielberg's epic Lincoln, which stars Daniel Day Lewis as the iconic American president. Produced on a lavish scale, the film is clearly an early awards contender, especially with storming acting work from Day-Lewis and costars Sally Field, Tommy Lee Jones and the rather busy Joseph Gordon-Levitt. The film opens in November.

A bit less high-brow but a lot more fun, the new trailer for Seven Psychopaths promises a hilarious comedy-thriller about a group of bumbling criminals who kidnap a celebrity's dog. The film reunites Colin Farrell with In Bruges writer-director Martin McDonagh, and the cast includes Sam Rockwell, Woody Harrelson and Christopher Walken. The film premieres at the London Film Festival next month, and opens in the US around the same time.