Colin Firth will star in Oscar Wilde biopic 'The Happy Prince', with Rupert Everett set to portray the Irish playwright as well as write and direct the motion picture. 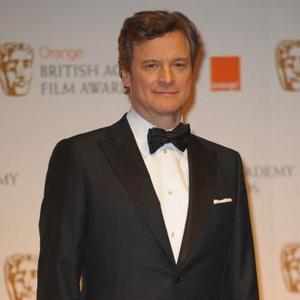 The 'King's Speech' actor will portray the legendary Irish writer's friend and confidant Reginald ''Reggie'' Turner, with Rupert Everett lined up for the role of the playwright, and and he will also write The Script and direct the movie.

'The Happy Prince' - which will feature Emily Watson and Tom Wilkinson - tells the story of Oscar's final days as he looks back on the disasters of his life with his dry humour and characteristic wit, according to The Hollywood Reporter.

Rupert is making his directorial debut in the film - which is planned to start shooting in 2013 - and he previously starred in Oscar's adaptation 'The Importance of Being Earnest' in 2002 and 'An Ideal Husband' in 1999 alongside Colin.

Colin has also signed up to star as flamboyant actor and playwright Noel Coward in a new comedy drama movie 'Mad Dogs and Englishmen', which tells the story of Noel's two weeks at The Desert Inn in Las Vegas in 1955, where he performed in front of huge crowds.

The Vegas run proved to be such a success that a number of Hollywood stars, including Humphrey Bogart, Lauren Bacall, Frank Sinatra and Judy Garland, turned out to see Noel in action.

The fortnight stint also helped to revive his career, which had gone downhill after the war when two of his musicals 'Pacific 1860' and 'Ace of Clubs' flopped at the box office.