Tom Hooper has revealed he only took the job of directing 'The King's Speech' after his mother advised him to do so, and paid tribute to her when accepting his Best Director Oscar. 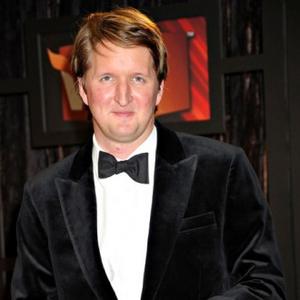 Tom Hooper paid tribute to his mother when he accepted his Best Director Oscar last night (27.02.11).

The filmmaker picked up the award for his work on movie 'The King's Speech - for which the lead actor Colin Firth also won Best Actor for his portrayal of stuttering British King George VI - and suggested everyone should always listen to their mother as she advised him to work on the story.

Accepting the gold statuette from last year's Best Director winner Kathryn Bigelow, he said: "She said, 'Tom, I think I've found your next film.' With this tonight I honour you and the moral of the story is: Listen to your mother."

He also paid tribute to the other directors in his category, including Darren Aronofsky and David Fincher.

He said: "Your work this year has been extraordinary and I'm honoured to be nominated alongside you."

Tom added he and his leading stars Colin and Geoffrey Rush - who lost out on the Best Supporting Actor prize to Christian Bale for his role in 'The Fighter' - made up a "triangle of man love".

However he was quick to point out that was not a slight to the film's leading lady, Helena Bonham Carter.

He joked: "I'm only here because of you guys, and Helena, I hope that reference doesn't make you too jealous."

In addition to Best Actor and Best Director, 'The King's Speech' - which has taken $245 million in cinemas worldwide - also won Best Picture and Best Original Screenplay at the 83rd Academy Awards.