Fresh off his appearance as a cyborg in Channel 4 series ‘Humans’, Northern Irish actor Colin Morgan has landed the lead role in a new BBC show, 'The Living And The Dead'. Described as a ‘supernatural’ period drama, the show also stars 'Glue's' Charlotte Spencer, who will play Morgan’s wife. 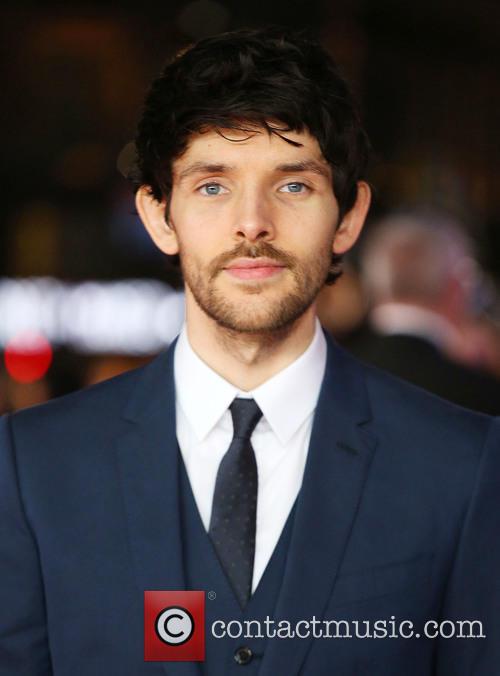 Colin Morgan has been cast in 'The Living And The Dead'.

Set in 1894 in Somerset, the show sees Morgan as Nathan Appleby and Spencer as his wife Charlotte. After the couple inherit a farm and begin to start a new life they find their marriage put to the test after experience a series of strange and dangerous paranormal goings-on in their new home.

A classic British memoir gets the full costume drama treatment with this beautifully crafted World War I drama, although it never quite transcends the "beloved book" tone, remaining so worthy that it only rarely springs to life. The acting is sharp, as is the filmmaking, so it's frustrating that there's so little in the film that resonates with present-day audiences. And as the story sinks into a murky gloom, it's difficult for audiences to stay engaged. Based on Vera Brittain's iconic memoir, the story opens in 1914, as Vera (Alicia Vikander) begs her parents (Emily Watson and Dominic West) to let her sit entrance exams at Oxford, which simply isn't the done thing for a proper young woman. She also has to convince them to let her brother Edward (Taron Egerton) sign up for military service in response to the conflict breaking out in Europe. But Vera is shocked when her sweetheart Roland (Kit Harington) also decides to enlist along with two close friends (Colin Morgan and Jonathan Bailey). Suddenly the war seems far too close to home for her. So she's provoked to leave university and volunteer as a nurse, serving in both England and France while the war rages around her.

The film's opening section contains a beautiful spark of hopefulness as these young people face the possibilities ahead of them, revelling in their education and then deciding to do their duty for their country. The rising-star cast packs the characters with cheeky humour, high energy and, yes, suitably repressed Britishness. But of course the realities of WWI change everything. Vikander handles this mood-swing very nicely, conveying Vera's resilience as she is bombarded with intense emotions. Her chemistry with Harington is strong, packed with passion. And the surrounding cast is terrific, even if most of the roles are relatively slight. The stand-outs are Richardson as a prickly Oxford professor and Atwell as a feisty fellow nurse.

Vera Brittain is an extraordinarily talented young woman who battles the odds to land herself a scholarship at Oxford University despite the attitudes of all the people around her frowning upon her desire to enter into a career in literature. Her life becomes even more promising when she falls for her brother's best friend Roland Leighton. However, the war is becoming ever closer and he is forced to abandon his own prestigious studies in favour of the frontline. Filled with grief over Roland's life-threatening circumstances, she decides to make the decision of a lifetime and leave her dreams behind. Instead, she decides to volunteer as a nurse for the sea of wounded troops that are yet to pour back into the country. Even as all that she holds dear are quickly annihilated by the vicious First World War, her determination keeps her focused on making the best of such horrors.

Continue reading: Who Will Play 'Poldark' In The BBC's Reboot Of The 70s Period Drama?

By Rich Cline
Good
Dark and atmospheric, this film is worth seeing just for the way it continually pushes us around emotionally. Although the plot never quite comes into clear focus, and it refuses to let us engage with the characters.

While working on a human geography project as part of her studies, Nikki (Press) travels to an isolated Scottish island and presents herself as a prospective tenant at isolated house owned by her birth mother Phyllis (McTeer), who doesn't recognise her. As she plots her revenge against the woman who abandoned her, she's surprised to discover that she has a brother, Calum (Morgan). But her continual questions about their husband-father are blanked, and life on the island becomes increasingly intriguing as she seeks answers about her past.