The Death Of British Actor Trevor Smith Has Been Ruled A Suicide By A Coroner. 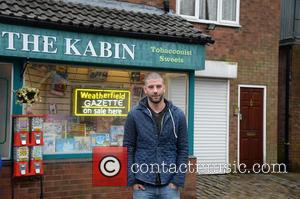 The body of the former Coronation Street actor was found in a quarry in Derbyshire, England in January (15), a day after he was reported missing.

During an inquest at Chesterfield Coroner's Court, it was revealed Smith, 42, had drowned after throwing himself into a lagoon in the disused quarry.

Smith, who also went by the name Trevor Hancock, was discharged from Sheffield's Northern General Hospital after being treated for cuts to his wrists on the day he went missing, and upon his release, he was told his father had died.

Coroner James Newman gave a suicide verdict and added, "I'm satisfied he intended to take his own life."

Smith played Kevin Dolan in British soap opera Coronation Street in 1999, and he also had roles in dramas including Emmerdale, No Angels and The Memoirs of Sherlock Holmes.