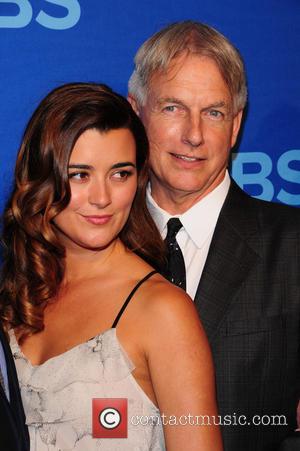 Moonves publically revealed that De Pablo was offered "a lot of money" to stay, though still chose to leave.

Now, appearing on the newly reprised The Arsenio Hall Show to plug the upcoming 11th season (which will feature De Pablo's exit), Harmon quite rightly pointed out that NCIS has overcome changes in the past.

"We've had a lot of changes," he told Hall. "We've managed to get better with the changes both in front of the camera and behind the camera."

On the show's remaining cast and crew, Harmon added: "It's up to this highly professional group to use that as a springboard to get better, and to improve and to stay No. 1."

In an open letter to fans on Twitter this week, executive producer Gary Glasberg conceded that the creative team was shocked by De Pablo's department, though reassured viewers, "We've been very busy for the last couple of months making this work and handling the situation with the utmost care and delicacy." Mark Harmon Doesn't Give A Damn About de Pablo's Exit