Cradle Of Filth - The Manticore And Other Horrors Album Review

By David Straw in Music Reviews on 30 October 2012

Their first studio album since 2010's Darkly, Darkly, Venus Aversa, The Manticore and Other Horrors follows a summer reissue of Cradle Of Filth's early back catalogue, covering the releases from between 1994 and 2002. Where Darkly Darkly and its predecessor Godspeed on the Devil's Thunder were concept albums, each telling rich stories of Demons and myths, Manticore offers an altogether looser approach; a trip through dark imaginings of personal demons and mythical beasts.

The first thing that comes to mind when listening to The Manticore... is that Cradle of Filth are a band who are at the top of their game. Lead single For Your Vulgar Delectation roars out of the blocks, its first refrain allowing guitarist Paul Allender to display his technical ability; surprisingly melodic before exploding back into the breakneck pace that characterises the album. Title track Manticore emphasises the darkness of the album's lyrical content, heavy in imagery and effortlessly personifying the mythical beast, all to a soundtrack of abrasive guitar and drums.

Lyrically dark, poetic and complex, Dani Filth's vocals are excellent throughout and his occasional falsetto is not overused, allowing it to retain the impact it deserves. The musicianship throughout the record adds even more depth to Filth's songwriting. Guitarist Paul Allender is at the top of his game; the riffs throughout are much more raw and punk-influenced than those on both Darkly Darkly... and Godspeed..., most obvious in latter track The Abhorrent.

Continue reading: Cradle Of Filth - The Manticore And Other Horrors Album Review

By Ben Walton in Music Reviews on 13 December 2011

Whichever way you slice it, Metal as a genre of music is, for the most part, over the top and very, very silly. Just look at Manowar or the brilliant and sadly missed Type O Negative. Cradle of Filth, and this mini album of cast offs from the Darkly, Darkly Venus Aversa (see what I mean? Daft!) album sessions is every bit as mad as you might imagine.

By Andy Peterson in Music Reviews on 14 December 2010

So it happens that just in time for the season of goodwill and peace to all men, I get to review the new Cradle of Filth album, the British black metallers who we can safely assume won't be doing much caroling this Yuletide. 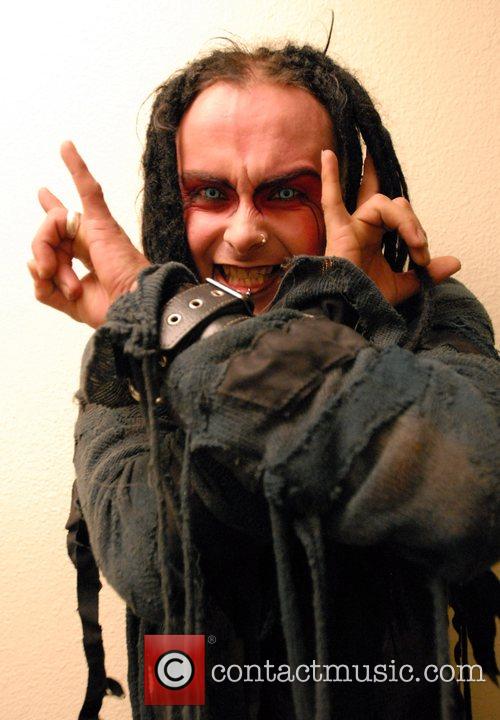 Cradle Of Filth Banned From China

Cradle of Filth - The Manticore and Other Horrors Album Review

Filth Restrained By Security At Festival