Cynthia Nixon Returning To Play She Starred In 30 Years Ago 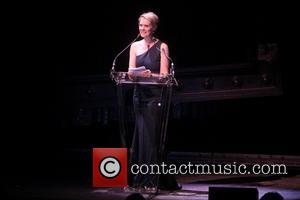 Sex & The City star Cynthia Nixon is returning to Broadway to revive a Tom Stoppard play she featured in 30 years ago.

The Tony Award-winning actress will star opposite Ewan MCGregor and Maggie Gyllenhaal in The Real Thing.

Nixon was part of the ensemble cast that worked under director Mike Nichols in 1984, when the play first hit Broadway with Glenn Close, Jeremy Irons and Christine Baranski picking up Tonys for their roles. The production also won the award for Best Play. A revival in 2000, which starred Stephen Dillane and Jennifer Ehle, also picked up a handful of theatre awards.

Nixon will play the role originated by Baranski in the latest revival, while both MCGregor and Gyllenhaal will be making their Broadway debuts in the production.