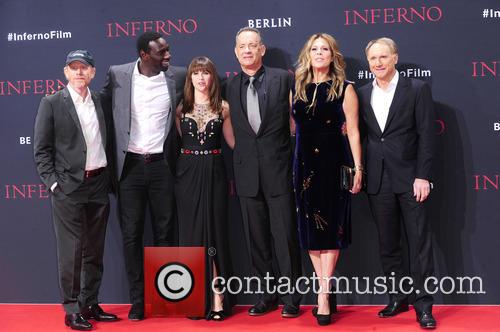 An abridged 'YA edition' of his 2003 best-seller will be published on 8th September in paperback form.

‘The Da Vinci Code’ author Dan Brown has announced that he’ll be released an abridged version of his best-selling novel aimed at the Young Adult market later this year.

To be released through Penguin Random House UK, it is aimed at the 13+ demographic and will be published in paperback form on September 8th, with a subsequent release for e-readers in time for Christmas.

“It is my sincere hope that this adaptation of ‘The Da Vinci Code’ sparks in young adults the same thrill of discovery that I feel while exploring hidden history and the mysteries of the world we live in,” Brown said in a statement, having made the announcement via Twitter on Wednesday afternoon (May 18th).

Tom Hanks has captivated us with his role as a brooding Harvard professor since 2006, when he appeared in the adaptation of Dan Brown's 'The Da Vinci Code'. Now on to the third film, he returns for another dose of menacing mystery, death-defying adventure and intellectual premise. 'The Da Vinci Code' (Dan Brown's second novel) was a global phenomenon which portrayed Hanks' character Robert Langdon on a quest for the Holy Grail. The following prequel 'Angels & Demons', explored the creation of the universe and conspiracy within mankind. 'Inferno' - the third film directed by Ron Howard - takes another turn completely and sees Langdon with a lot more of a challenge on his hands.

Ron Howard Reveals 'Inferno' Is 'Very Much A Psychological Thriller'

The director opens up about his third Dan Brown film.

Ron Howard returns with more theology based mystery with 'Inferno'; the film adaptation from Dan Brown's series of Robert Langdon novels which will once again star Tom Hanks in the lead role. While you might guess there'll be more puzzles, narrow escapes from death and questions of faith, the director insists there's something a little bit different about this one. Probably best known for the second of his novel series, 2003's 'The Da Vinci Code', Dan Brown returned with 'Inferno' in 2013 - and there's little surprise that this is another to hit cinema screens. The Golden Globe nominated 'Da Vinci Code' adaptation was followed by a prequel - 'Angels & Demons' - which included themes of science, revenge and global conspiracy, much apart from the Holy Grail quest of the former. But now, with 'Inferno', the depths of the universe are even more closely explored.

Commander Raiden (Clive Owen) of the seventh rank is a skilled and gifted soldier, who rose from bloody battle during the Great Wars with an unwavering loyalty for his ageing but resolutely brave master Bartok (Morgan Freeman), despite the latter having been dishonoured and shamed by the corrupt ruler for publicly standing up for the rights of his enslaved people. After his brutal execution, all those firmly loyal to Bartok - led by Raiden - seek to avenge him in the only way they know how, with Bartok's warning of their ruler's merciless intentions strongly in mind. Raiden will lead them into the ultimate battle, in spite of their small numbers, having made far too many sacrifices in their lifetime. As his rebellion unfolds, he begins to understand that, despite what the rule claims, no honourable man can ever be 'dishonoured'; it is something inborn, and something worth fighting for. 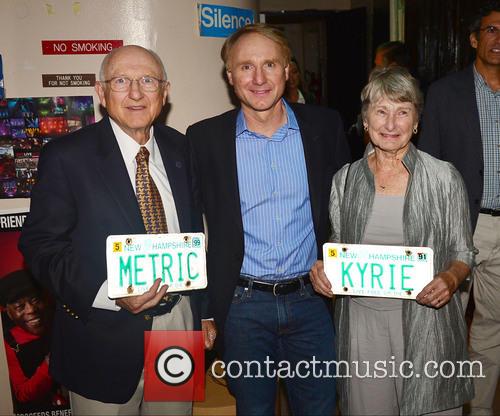 EL James swaps her bondage whip for a rake as the dough comes flying her way. What started out as Twilight fan fiction has seen the author's work rocket past Twilight author Stephenie Meyers (who didn't even make this year's top 15) in the last year's earnings to take the top spot on the business magazine's list. Her books sold faster than any other novel in history, with 70 million shifted in the first eight months of release in the USA and at its peak, the trilogy was earning her more than $1 million (£650,000) per week. The success of the 50 Shades trilogy was fostered by the ebooks market that enabled people to read her book in public places without feeling embarrassed to be seen reading such steamy fiction.

Mr. Hanks will be breaking codes once again.

Having starred in The Da Vinci Code and Angels & Demons, Tom Hanks will complete the trilogy of Robert Langdon movies when he stars as the inquisitive Harvard University symbolist in Inferno, set for release on December 18th 2015. The Hollywood Reporter had the date. He'll always be little Forest to us

Despite a poor critical response for both of the previous Dan Brown-novel movies – The Da Vinci Code managed 25% on Rotten Tomatoes, while Angels & Demons only marginally improved on that with 37% - they have fared well at the box office, grabbing over $1.2b from conspiracy-hungry movie-goers, the type of which probably believe half of what’s happening in the film, or can’t understand it and think Langdon as a modern day Indiana Jones.

Dan Brown – best selling author with over 200 million copies of his books swapping hands – released his latest novel, Inferno recently. He’s opened up recently to NPR about being an author and his new book, expected to sell like the proverbial hotcakes, but better, like really hot, sweet cakes, that you can read, and keep.

"In any novel, you would hope that the hero has someone to push back against ... I find the most interesting villains [are] those who do the right things for the wrong reasons, or the wrong things for the right reasons — either one is interesting,” he explains. “I love the gray area between right and wrong. Here is somebody who says we have an enormous population problem on this planet and everybody's turning a blind eye, and there are no simple solutions, but there is a solution. And while it's terrifying, maybe there's a silver lining to it. Maybe he's actually the good guy in all this." While the reviews for Inferno have been fairly strong, the critics suggest that this page-turner won’t be in line for any literary prizes. Brown, it seems, has forgone the sculpture of literature in exchange for a bestseller – combing the two is something of a lost art. Dan brown chats to some dudes somewhere - the 2010 Billboard Latino awards, to be exact

Harvard professor Langdon - played by Tom Hanks in The Da Vinci Code and Angels & Demons adaptations - will be adventuring through "the heart of Europe" this time around, where he will be "drawn into a harrowing world centred on one of history's most enduring and mysterious literary masterpieces." Dante's poem has been studied and scrutinised for hundreds of years - it depicts hell as nine circles of suffering located within the earth. "Although I studied Dante's Inferno as a student, it wasn't until recently, while researching in Florence, that I came to appreciate the enduring influence of Dante's work on the modern world," Brown said. "With this new novel, I am excited to take readers on a journey deep into this mysterious realm . a landscape of codes, symbols, and more than a few secret passageways." The poem offers up plenty of scope for Brown's polarizing style of writing and fans should expect plenty of puzzles, codes and symbols.

Brown - born in Exeter, New Hampshire - is one of the world's most successful authors, though is often derided by serious literary critics. He is, of course, the man who served up the line, "Physicist Leonardo Vetra smelled burning flesh, and he knew it was his own."

Da Vinci’s Code writer Dan Brown has announced that he will be returning with a new book this year.

One of the biggest selling authors of all-time, his critically divided but commercially massive books – which also include Digital Fortress, Angels & Demons, Deception Point and The Lost Symbol – have sold over 200 million copies between them, with Angels & Demons and The Da Vinci Code both getting adapted into feature length films. The Independent reports that the latest of Brown’s crime thrillers – his first since 2009’s The Lost Symbol – will be released on May 14, 2013. His publishers have not revealed the title of the book yet, instead offering up secret codes and messages on social networking for fans to uncover, but it will once again follow the adventures of Robert Langdon – a mainstay in the series since 2000’s Angels & Demons.

Currently a professor of iconology and symbology at Harvard, Brown’s book will apparently be based on "one of history's most enduring and mysterious literary masterpieces". Intriguing. Meanwhile, his last book The Lost Symbol could well become the third book to be turned into a film; the previous two featured Tom Hanks playing Langdon, but were not universally well-received by the critics.

Jk Rowling’s The Casual Vacancy looks set to continue her literary success with one million pre-orders already having been made.

Following the massive success she had with her Harry Potter franchise which continues to reach out to fans with the new interactive website Pottermore.com even after the release of the last book and film, this modest author’s new ventures definitely look just as promising. It is expected to become the UK’s best seller of 2012 with The Bookseller charts editor Philip Stone telling AFP ‘It’s one of the biggest releases of the 21st century’ and predicting an immediate place at number one. It certainly has the credentials to become the next big hit in literature with it being the most pre-ordered book at Waterstones this year and with Rowling’s last book, ‘Harry Potter and the Deathly Hallows’, selling 2.5 million copies in the UK just in the first 24 hours.

However, she has some serious competition. She is yet to break the record for the most hardback sales of an adult book in the first week (given that ‘Harry Potter’ was a children’s franchise) which currently stands at a massive 550,000 for Dan Brown’s ‘The Da Vinci Code’ sequel ‘The Lost Symbol’. She is also to match the global phenomenon that is ‘Fifty Shades of Grey’ by EL James which has so far sold 5.3 million. One Waterstones spokesperson has expressed doubt that Rowling will even match her own success records with ‘A Casual Vacancy’ and admitted, ‘It is not in the league of ‘Harry Potter’.’ 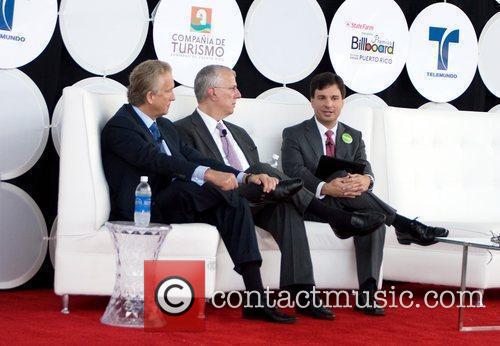 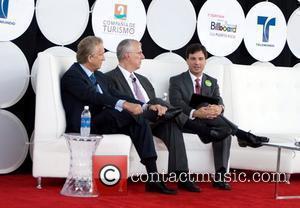