Dancing With The Stars

This week's Dancing With The Stars was blissfully free of drama, but nevertheless had some endearing moments. 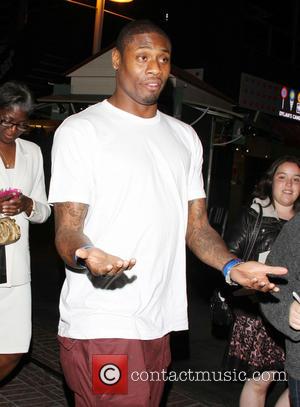 Picture: Jacoby Jones - Celebrities seen at MIXOLOGY at The Grove for the 'Dancing With The Stars' afterparty - Los Angeles, California, United States - Monday...

This Tuesday’s Dancing With The Stars results episode may have been on of the last, but it was certainly a good way to go out. No, the show won’t be absent from ABC’s roster next season, but the network has announced that the show will be introduced in a new, one episode per week format, making the results episodes obsolete.

This Tuesday’s episode had a lot to offer though, at least as far as evening television goes, with performances by Avril Lavigne and The Wanted. Of course, another contestant got cut from the program in the runup to the finale. This week it was Ingo Rademacher who got voted off after an unimpressive performance. He and partner Kym Johnson were booted off, despite a number of viewers in the studio booing the decision. Now, the remaining contestants have been narrowed down to NFL star Jacoby Jones and Olympic gymnast Aly Raisman, as well as country singer Kellie Pickler and Disney star Zendaya.

The episode also featured its token endearing moment, in the form of a segment with 10-year-old dancer Sophia Lucia, 10, of San Diego. "I train 40 hours a week. When I dance, I feel like the happiest girl on Earth," she said, explaining that in March, she broke the Guiness Book's world records for most pirouettes — 55. She then performed live with pro Chelsea Hightower. This week, Ingo was voted off, just a step away from the semi-final.