Daniel Craig Fears His Days Of Finding New Pubs And Bars To Drink In Between Movie Shoots Are Numbered Because He's Too Famous. 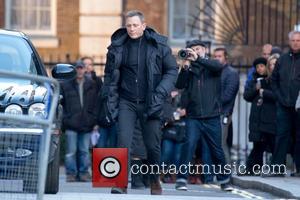 The James Bond star admits he used to love seeking out hotspots in exotic film locations, where he could enjoy a quiet drink and soak in the local flavour - but nowadays he's always bothered by star spotters.

The actor tells DuJour magazine, "I like to have a drink, and I love pubs and I love finding new pubs and places to socialise. But that has a limit on it now.

"Bars are hard, but that's more because of mobile phones. I'll do autographs all day long, and I'll even do a picture at the end of an evening. But if I'm being photographed all night long in a bar, that p**ses me off. If you ask, I may say yes, but come up to me and say, 'Would you like to take a photograph with me?'

"If you're f**king sneaking photographs of me... you're sneaking something! I'm being f**ked with! But people don't see it as a problem. Maybe I'm delusional."

But Craig still enjoys going out for a drink with his wife Rachel Weisz - because she has a knack of keeping fans away: "My wife is the best in the world at all that; she'll just turn to them and go, 'No, thank you very much', and they're like, 'OK'."

The movie stud never has to worry about drinking too much, because Mark Wahlberg has turned him onto a brilliant hangover cure.

He adds, "There's this thing called Pedialyte. It's basically a diuretic; you give it to kids who are dehydrated.

"If you wake up in the morning and you've got one of those on standby and you down the whole lot... and you can carry on drinking! I was told that's what Mark swears by. It's the difference between life and death as far as I'm concerned."