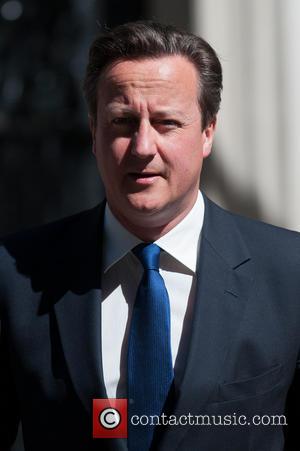 Britain's Prime Minister David Cameron has waded into a row over J.K. Rowling's donation to an anti-Scottish independence campaign after she was bombarded with abuse online.

The Harry Potter author took the controversial step to hand $1.6 million (£1 million) of her own money to the Better Together Campaign ahead of a referendum in September (14) on whether Scotland should leave the U.K.

Rowling, who lives in Edinburgh, explained she fears the country could be left isolated and its economy irreversibly damaged if it breaks free of England, Wales and Northern Ireland, but she received a huge backlash on social media.

Scottish nationalists took to Twitter.com in their droves to slam multi-millionaire Rowling, accusing her of being a crony of the British elite and claiming she had no right to tackle the topic as she is English.

Now Cameron, whose Conservative party Rowling opposes, has spoken out to denounce the online anger, insisting there is "never any place for abusive behavior in whatever sphere of life".

Rowling is yet to comment on the abuse, but in an article on her official website, she explains her decision to hand over the money in detail, writing, "It is because I love this country that I want it to thrive. Whatever the outcome of the referendum on 18th September, it will be a historic moment for Scotland. I just hope with all my heart that we never have cause to look back and feel that we made a historically bad mistake."