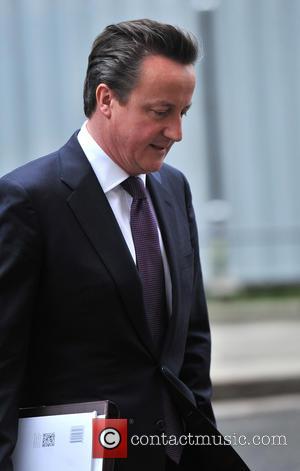 The pop stars are releasing a cover version medley of Blondie's One Way or Another and The Undertones' Teenage Kicks to raise money for Britain's Comic Relief organisation, and they recruited a very special guest for the promo.

Cameron invited the boy band into his Downing Street home for the clip, in which singers Niall Horan, Zayn Malik, Liam Payne, Harry Styles and Louis Tomlinson clown around him.

Meanwhile, a Downing Street spokesperson has confirmed that the U.K. government will cover the cost of the value added tax (Vat) on sales of One Direction's single, making "a charitable donation that will be the equivalent of the Vat".