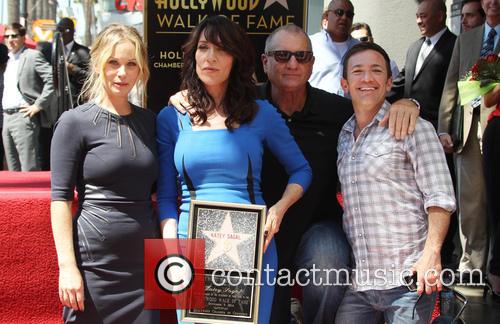 More: See All Our Pics From The Vacation Premiere

“The whole cast, including Christina, is down to do little bits in it," Faustino added. "The idea would be a pilot for a spin-off. That's all I can say right now. It involves me and few other people."

Christina Applegate who played Faustino’s sister Kelly on the series added, "All of us have said we would all be there for (Faustino).” But when asked what she thought Kelly might be up to these days she joked that the ditzy character “probably has like 10 kids. I'm sure of it."

More: The Cast Of 'Married With Children' At Katey Sagal’s Walk Of Fame Ceremony

The popular sitcom ran on Fox from 1987 to 1997, lasting 11 seasons. It centered on the dysfunctional Bundy family and starred Ed O'Neill as the patriarch Al, an unlucky women's shoe salesman. Katey Sagal starred as his wife Peggy with Faustino and Applegate playing children Bud and Kelly.