Earlier this year the show was thrown into chaos, with numerous contestants being forced to leave due to injury.

Channel 4 is set to bring back reality show ‘The Jump’ despite the last series being plagued by contestants’ injuries and raising health and safety concerns. Last series eight of the show's constants were hospitalised, but this apparently hasn't stopped more stars wanting to sign up. ‘The Jump’ is coming back with Davina Mccall as host.

Channel 4 said: "The most talked about show of the year underwent a thorough review of safety standards following the last series. Series three averaged 2.3m million viewers across the six week run. Over six weeks and with Davina McCall again at the helm, this fourth series will follow famous faces who take to the slopes to compete in gruelling extreme winter sports.”

According to the Radio Times, stars are putting safety fears behind them and lining up to take part in the show. A source said: "The Jump is a show unlike any other and there’s never been a shortage of celebs wanting take part. This year’s dramas haven't changed that; in fact there are already a queue of famous names hoping to strap on their skis and take on the slopes.”

The news of the show’s return was first reported by The Sun, with a source saying that its “uncertainty and the occasional injury” made it all the more interesting.” "For good and bad reasons The Jump was one of the most talked about shows on television last year,” they added. “It’s the only reality show of its kind -- and it gives it something else compared to other shows.” 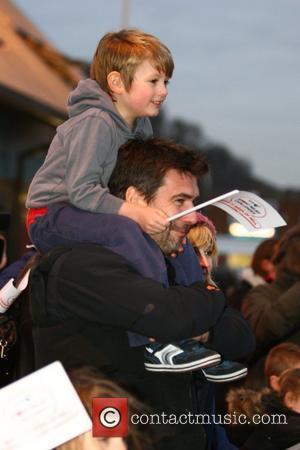