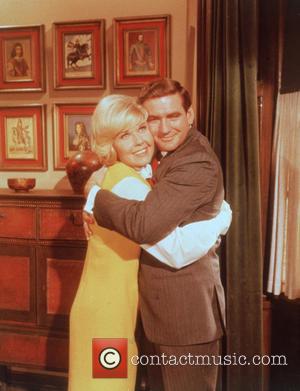 Melcher co-wrote the hit KOKOMO for the Beach Boys. The song was used in Tom Cruise's movie COCKTAIL and was nominated or a Golden Globe in 1988 for best original song.

In the early 1960s, Melcher began singing as a solo act and later paired with future Beach Boy BRUCE JOHNSTON to

form the group BRUCE + TERRY. The pair had several hits, before going onto form the RIP CHORDS, responsible for the 1964 hit HEY, LITTLECOBRA.

In the mid-1960s, Melcher joined COLUMBIA RECORDS as a producer. Working with the BYRDS, he produced their top-selling version of Bob Dylan's MR TAMBOURINE MAN and other hits, including TURN, TURN, TURN.

He served as the executive producer of THE DORIS DAY SHOW, from 1968 to 1972 and co-produced her mid-1980s show, DORIS DAY'S BESTFRIENDS.