Ed Sheeran and Ruby Rose have been announced as the MTV EMAs presenters in Milan on October 25. 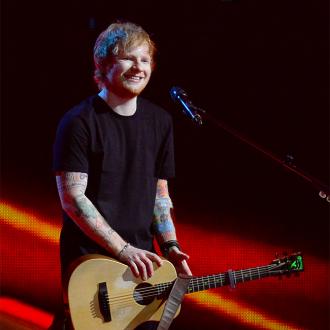 Ed Sheeran and Ruby Rose will host the MTV European Music Awards in Milan on October 25.

The 'Thinking Out Loud' singer and the 'Orange Is The New Black' actress will join forces to host the show which has been billed as an ''epic night of music and mayhem''.

Ed shared the news on his Twitter page, writing: ''So happy to say I'm hosting the #MTVEMAs on 25th October! Cannot wait.''

And Ruby announced her participation by sharing the award show's poster, featuring her and Ed, and writing: ''So... This is happening!! Bring on the MTV EMAS.''

The ceremony will be held at the Mediolanum Forum in Milan.

Awards are voted on by members of the public, with voting remaining open until midnight the night before the event on MTV's award show website.

And Ed's good friend Taylor Swift has been nominated for an incredible nine prizes.

The pop superstar leads the way at the annual ceremony with the huge haul of nominations and among the accolades she is up for are Best Song, Best Video and Best Collaboration for 'Bad Blood', her track with Kendrick Lamar, and Best Female, Best Pop and Best Live Act.

In the Best Female category Taylor will battle it out with Ellie Goulding, Miley Cyrus, Nicki Minaj and Rihanna, while to take home the prestigious Best Song statuette she'll have to wrestle with Ellie for 'Love Me Like You Do', Major Lazer and DJ Snake's 'Lean On', Wiz Khalifa and Charlie Puth's 'See You Again' and 'Uptown Funk' by Ronson and Mars.