The prize is awarded annually to a comedian who shows similar traits to the American author, Mark Twain A.K.A. Samuel Clemens. In a statement, released by the John F. Kennedy Center, Twain was described as "a fearless observer of society, who startled many while delighting and informing many more with his uncompromising perspective on social injustice and personal folly."

"We look forward to paying tribute to Eddie Murphy's important and lasting impact on American culture," Kennedy Center President Deborah F. Rutter said in a statement on the Center's website. "Through his appearances on Saturday Night Live, groundbreaking stand-up comedy, and work as a movie star, Eddie Murphy has shown that like Mark Twain, he was years ahead of his time."

"I am deeply honored to receive this recognition from the Kennedy Center and to join the distinguished list of past recipients of this award," Murphy said in a statement.

Murphy is reportedly set to play another recipient of the award, Richard Pryor, in an upcoming biopic of the late comedian. Other recipients of the award include Whoopi Goldberg, Will Ferrell, Tina Fey, Ellen DeGeneres and Carol Burnett. Jay Leno received the award last year.

The ceremony will be televised and feature a number of comedy performances. The performers are yet to be confirmed. 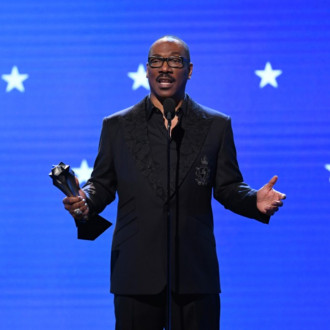