Elizabeth Banks will be making her directorial debut when she takes the helm of the musical comedy sequel 'Pitch Perfect 2'. 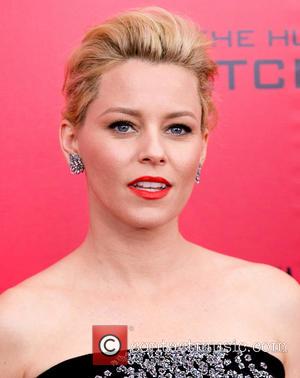 Actress Elizabeth Banks is expected to make her directorial debut with the sequel 'Pitch Perfect 2', according to The Hollywood Reporter.

The first music comedy movie was released back in September 2012 in which Banks had a role as 'Gail Abernathy-McKadden', a commentator for the ICCAs, but this time she will also take a role behind the camera.

The story, which follows the rivalry between a capella groups battling for a national competition at University, stars Anna Kendrick and Rebel Wilson and they are both expected to return to reprise their roles.

Not long after the story was posted by THR, Banks took to twitter and posted, "Acabelieve it" along with a link to the article.

The original, which was released by Universal and Gold Circle, followed college freshman 'Beca Mitchell' (Kendrick), who at first, is reluctant to join the all-girls a capella group called the 'Barden Bellas'.

However, the more time she spends with the group's diverse characters, the more willing she is to lead the 'Bellas' to the finals.

"Elizabeth originated the idea for 'Pitch Perfect' and was instrumental in making the first film such a huge success," said Universal's Donna Langley. "She brings an enormous amount of energy and experience to everything she works on and we're thrilled that she is making her feature directorial debut on 'Pitch Perfect 2.'"

Paul Brooks from Gold Circle Film's will produce the sequel, along with Banks and Max Handelman who will use their Brownstone Production tag.

The writer of the original, Kay Canon, will return to pen the new instalment.