With a flurry of bonkers action and cross-species bonding, The Twilight Saga surges to a howling conclusion that has more attitude in it than all four previous films put together. There's no time for moping now, as things build to a crescendo of girly emotion, portentous pronouncements and more decapitations than you can count. Even the plot itself gets rather playful.

We pick things up immediately after Part 1 ended: Bella (Kristen) is getting used to her heightened vampire senses and intense lovemaking prowess with her new husband Edward (Pattinson), while their daughter Renesmee (Foy) ages alarmingly from infancy to about 10 in just a few weeks, overseen by soulmate-protector wolf-boy Jacob (Lautner). But the ruling Volturi boss (Sheen) has been misinformed that Renesmee is a feared immortal child, rather than a rare but apparently harmless human-vampire hybrid. As the Volturi army heads to Seattle to obliterate Edward and the Cullen clan (including Facinelli, Reaser, Greene and Lutz), the Cullens draft in an army of their own from around the world.

Essentially the film is a long build-up to a big showdown, as everyone jostles for position. This makes the film feel much pacier than the earlier chapters, as we jump from scene to scene while the Cullens prepare for the onslaught. Many scenes involve the introduction of the vampires who support their effort, and like X-men many have some sort of supernatural ability that can aid the fight. Thankfully, director Condon refuses to take this nonsense seriously, and has quite a lot of fun with the various story elements. He also gleefully ramps up the tetchy interaction between Jacob and Edward, and even makes a joke about the fact that actors playing vampires must wear red contact lenses. 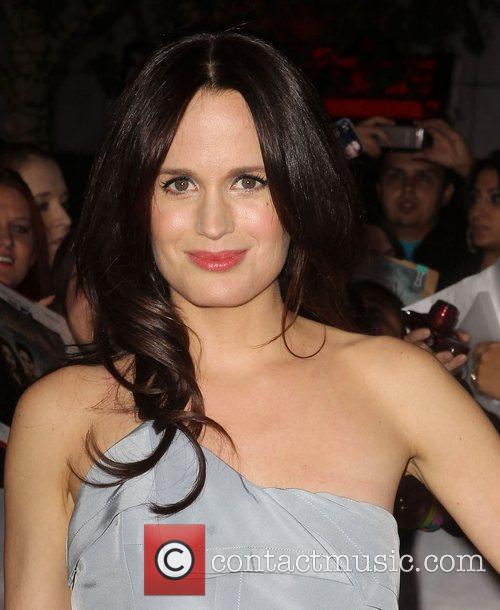 'Weeds' star Justin Kirk and 'Twilight' actress Elizabeth Reaser are snapped by paparazzi making their way to their car after taking a trip into LA. They are asked by a photographer why vampires always seem to have a lot of money in movies.

Mavis Gary is the ghostwriter for a successful series of young adult novels entitled the Waverly Prep series. Lately, though, the books have been lagging, so the publishers have decided to cancel them. Mavis has almost finished what will be the last book in the series but is struggling with the last chapter. She is also struggling with more personal issues in her life: she has a drinking problem and longs to relive the glory days of high school, where she was a popular cheerleader and dating the resident 'It' boy, Buddy Slade. 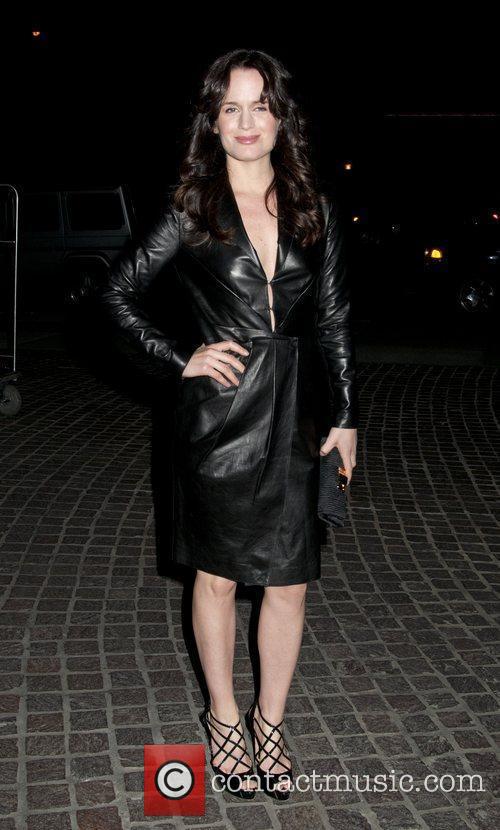 By Rich Cline
Very Good
Finally, everyone stops taking the Twilight saga so seriously, creating a surprisingly entertaining romp. Yes, everyone still mopes, but they now do so with a twinkle in the eye and a growling sense of underlying menace.

After an idyllic woodland wedding and Brazilian-island honeymoon, Bella (Stewart) finds herself unexpectedly pregnant by her new vampire husband Edward (Pattinson). But what's growing inside her? Edward's family closes ranks to take care of her fast-growing foetus, watched over by her wolf-pal Jacob (Lautner). The problem is that if Bella dies, as seems likely since the baby is sucking the life from her, the tenuous treaty between vampires and werewolves will be broken, leading to all-out war. This of course puts Jacob in a tricky position. 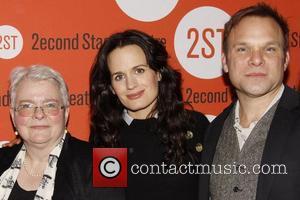