'The Theory of Everything' actress Felicity Jones has been cast alongside Hollywood icon Tom Hanks in 'Inferno'. 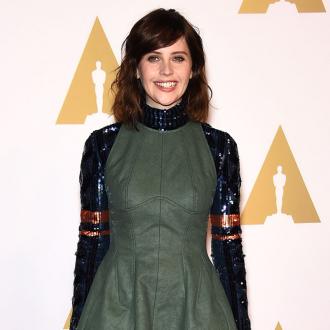 Felicity Jones has been cast alongside Tom Hanks in 'Inferno'.

The 31- year-old actress, who is best known for her starring role in the Stephen Hawking biopic 'The Theory of Everything', will star as Dr. Sienna Brooks besides Hanks as Robert Langdon in the film, which is the sequel to 2006's 'The Da Vinci Code' and 2009's 'Angels & Demons'.

Director and producer Ron Howard said: ''For this film, I wanted Tom Hanks to be surrounded by an international cast of actors whose energy will underscore Robert Langdon's life-or-death peril, the high-stakes action he takes, and the global threat that he's trying to prevent.''

Howard also confirmed that Omar Sy has been cast as Christoph Bruder and Sidse Babett Knudsen as Dr. Elizabeth Sinskey - the head of the World Health Organisation - in the eagerly-awaited new film.

He said: ''Felicity, Irrfan [Khan], Omar, and Sidse have all broken through with recognition here in America as well as their home countries - they are phenomenal talents and we can't wait to get started.''

Production on the film is set to begin in April, with the movie scheduled for release in October 2016.