Florence Welch Paid Tribute To The Man Who Should Have Been Standing Where She Was On The Glastonbury Festival Main Stage On Friday Night (26jun15) When She And Her Band Performed Foo Fighters' Times Like These As Part Of Their Set. 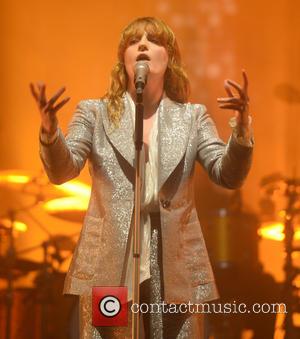 Florence + the MAChine were bumped up to headliners after Foo Fighters frontman Dave Grohl broke his leg during a show in Sweden and the band was forced to scrap its set at Glastonbury.

However, Welch was keen to thank the man who was supportive of her at the beginning of her career onstage, and performed one of his hits as a thank you.

Florence + the MAChine's sunset slot at the festival was filled by The Libertines.

Kanye West will headline the festival on Saturday (27Jun15) and The Who will close out this year's event on Sunday (28Jun15).