Florence Welch told the BBC's Annie Mac that not drinking at the end of Florence + The Machine's last tour helped immensely while recording the new album.

Hitting the comeback trail after a two year break, Florence Welch has spoken about how avoiding alcohol helped her with the writing process for the fourth, newly-announced Florence + The Machine album High As Hope.

The 31 year old singer spoke to BBC Radio 1’s Annie Mac for Newsbeat on Friday (May 4th) about the writing process behind the new record. It began very quickly after touring duties for the band’s last album, How Big How Blue How Beautiful, ended in 2016.

“It’s interesting because I think I never knew how to come down after a tour before, so I would just go on a massive bender,” she explained. “And I wasn’t doing that, so I just went straight back in the studio.”

Florence Welch and her band will be closing out the main Welsh leg of the four-day event over the second May bank holiday weekend.

Florence + The Machine will headline the BBC’s upcoming Biggest Weekend event next month in Swansea, marking Florence Welch’s comeback to the live arena.

Welch, who is widely anticipated to reveal her first new music in over three years later in April, will be topping the bill at Singleton Park on Sunday May 27th. She and her band will be joining the likes of Camila Cabello, Taylor Swift, Craig David and Ed Sheeran, who is set to open the event.

It’s set to be the first shows that Florence + The Machine have played in the UK since the world tour behind their third album, 2015’s How Big, How Blue, How Beautiful, wrapped up 21 months ago.

By Holly Williams in Music / Festivals on 30 November 2017

The book is being published in collaboration with Penguin.

Florence Welch is set to launch her very first book next summer; a collection of lyrics, poetry and art entitled 'Useless Magic'. It's not really an autobiography, but it will definitely give fans an insight into the musician's mind that they have never seen before. Six months after she won an International Achievement prize at the 2017 Ivor Novello Awards, the 31-year-old Florence and the Machine frontwoman has made yet another lifetime achievement. Her first book is well on the way, and it's safe to say she's thoroughly excited about it.

Continue reading: Florence Welch To Unveil Her First Book Of Poetry And Lyrics Next Year

Florence Welch at a special performance of Letters Live hosted by Porter Magazine in celebration of their Incredible Women of 2016 edition held at The V&A - London, United Kingdom - Tuesday 29th November 2016 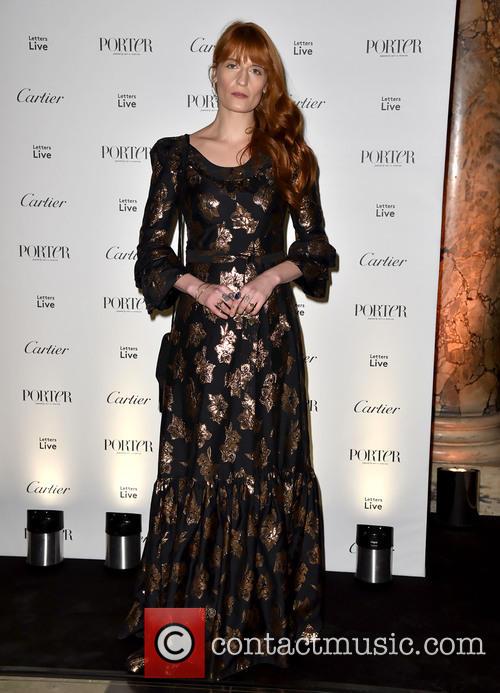 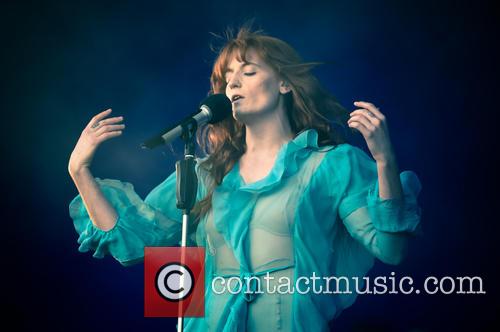 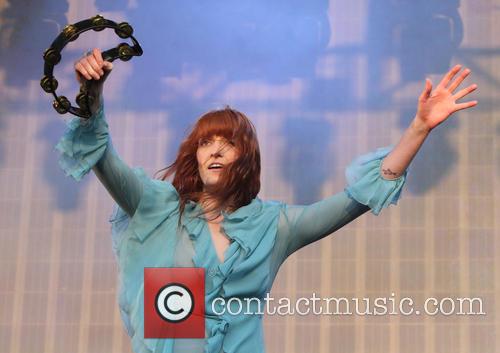 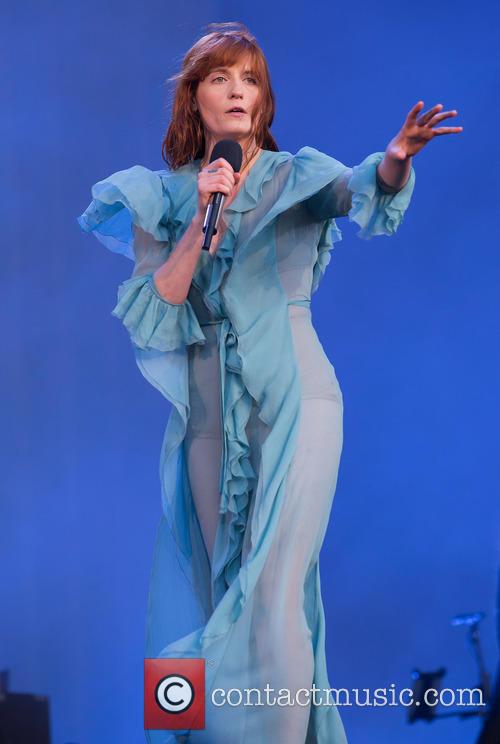 The Foos were forced to give up their heading slot after Dave Grohl broke his leg during a concert in Sweden.

Florence and the Machine has been confirmed as heading Glastonbury’s Pyramid stage on Friday June 26th, after Foo Fighters were force to withdraw from the festival. Dave Grohl’s band made the announcement that they’d be giving up their headlining slot yesterday, due to the frontman fracturing his leg at a concert in Sweden last Friday. Florence + The Machine is your new Glastonbury headliner.

“We’re very pleased to announce that Florence + The Machine will play the Friday night Pyramid headline slot, which Foo Fighters were forced to withdraw from yesterday,” Glastonbury organiser Emily Eavis said in a statement. Florence + The Machine Have Their Eyes On The US This October

The band add more tour dates to their 2015 schedule.

Florence + The Machine's live run this year doesn't end at their worldwide summer tour and festival appearances; they'll be carrying on with another set of dates in October taking them across the US and Canada with some stand out dates in Austin and LA. Florence + The Machine to hit the US this October

Following some unmissable dates at the likes of Glastonbury, Bonnaroo, Benicassim and Way Out West, Florence Welch is taking her band around the states, beginning at Austin City Limits on October 11th 2015. They'll also be playing two dates at the LA Hollywood Bowl, followed by a show at the Santa Barbara Bowl and two further dates at Berkeley's Greek Theatre.

Continue reading: Florence + The Machine Have Their Eyes On The US This October

Florence And The Machine - How Big, How Blue, How Beautiful Album Review

If 2011's 'Ceremonials' was the exorcism of Florence Welch, then the 28-year-old's follow up 'How Big, How Blue, How Beautiful' is her break-up album. While that may seem a somewhat fashionable move this year - Bjork and Best Coast have mined a similar vein - Florence utilises her songwriting like therapy here to create an accurate picture of angst, regret and rejection. That may not sound like the most enticing proposition, but stripping away many of the more esoteric references and flourishes of her previous work reveals a far more vulnerable and interesting Florence. Indeed, the album should carry a warning sticker for those who have ever fallen in love with the wrong person. That's how uncomfortably accurate many of the lyrical observations are across these eleven songs 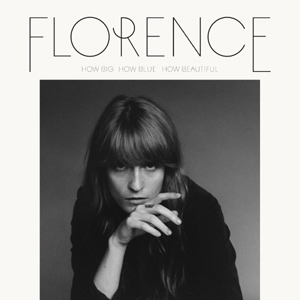 It's also rare to see four singles unveiled prior to the release of a tent pole album such as this. There's obviously a confidence at the record company that the songs stand up on their own without the wider context of the album itself. Maybe that's because the gravitas of the subject matter may put people off the complete package without an air of familiarity first. However well those tracks have performed they do have more impact here as the cumulative narrative builds a complete picture of Florence's post-relationship mood. Musically, there's also a shift in these songs. There's more guitar and brass, less reliance upon keyboards and big production, giving a more organic and intimate feel that was explored previously during the MTV unplugged show. There are still soaring choruses and call and responses multi-tracked vocals of course, but the track listing and sound of this record doesn't seem interchangeable with Florence + The Machine's previous two efforts. This is certainly a bespoke set of songs that work best as a concept album of sorts.

Lead single 'What Kind Of Man' replicates the darkness of 'Ceremonials' and demonstrates the anger you might expect from a break-up album as Florence's voice drips with venom over a jagged riff. It's lines like "To let me dangle at a cruel angle, my feet don't touch the floor" which cut to the heart of the matter here. But it's not all bitter rejection; as the album moves forward the first glimmers of hope start to shine through. Lines like "I know you're bleeding, but you'll be ok" ('Various Storms & Saints') and the internal conversation that forms the central theme of 'Delilah' demonstrate that there is a continuing narrative to the record. While the latter song relies upon a slightly clichéd idea of a phone call that never comes, the frankness and truth of the sentiment ensure that it avoids a reliance on overly familiar tropes. The most defiant and uplifting moment comes with the catharsis of 'Third Eye' which lyrically and musically re-instates a sense of confidence following a number of quieter and more contemplative songs.

Continue reading: Florence And The Machine - How Big, How Blue, How Beautiful Album Review

By Elinor Cosgrave in Lifestyle / Showbiz on 18 July 2014

Blake Lively hasn't been in many films or television series but she's still omnipresent in the entertainment world. She's appeared on this month's Vogue US cover, here are 10 things you need to know about the interview.

Blake Lively is a wife to heartthrob Ryan Reynolds, the idol of many of Gossip Girl obsessed teenage (and older) girl, and a future internet entrepreneur. She's certainly got a lot going for her but we know very little about the 26-year-old actress. So here's what we've learned from her interview with Vogue, the August cover of which she is currently gracing. Blake Lively at the Premiere of Mr. Turner at the Cannes Film Festival. 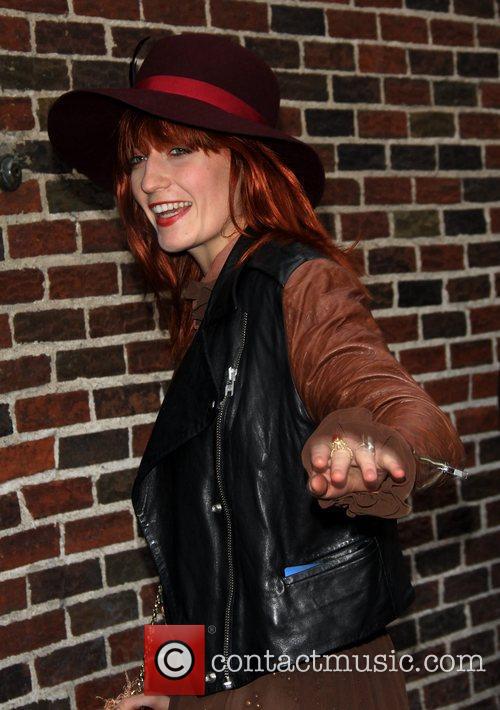 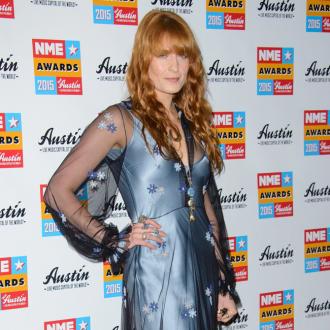