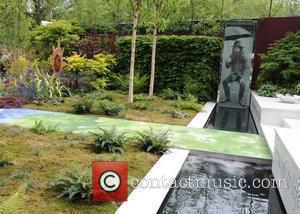 Picture: 'From life to life, a garden for George Harrison' at Chelsea Flower Show London,England - 19.05.08

George Harrison's son has dismissed rumours THE Beatles' musical offspring are planning to launch their own group to follow in the footsteps of their famous dads.
Harrison's songwriter son Dhani, 31, is rumoured to be in talks with John Lennon's sons, Julian and Sean, Sir Paul MCCartney's boy James and Ringo Starr's son Zak Starkey to form a band.
Dhani, who fronts his own rock group Thenewno2, insists he is on good terms with all of the musicians, but he has brushed off claims they will team up to record songs.
He says, "We just keep to ourselves. Everyone's constantly trying to suggest that there might be something there but it's not what we want to do at all."