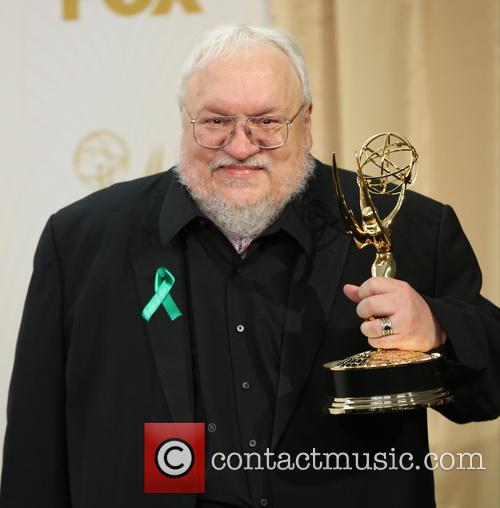 “This being Hollywood, of course, you never know where things will end... but if they like the script, we'll shoot a pilot, and if they like that, hey, who knows, maybe we'll get a series on the air. Which would be very cool.”

"I have always thought there was a TV series (or maybe a feature film) in Willie Flambeaux and Randi Wade.,” the author added. “Those of you who know the story of Doorways, my ill-fated ABC pilot from the early 90s, may even recall that it was Skin Trade that I was actually trying to sell back in 1991, when I flew out to LA for a round of pitch meetings. So we're a few decades late.”

Describing the series' plot Cinemax wrote, "A collections agent who happens to be a werewolf and his friend, a private investigator, discover a dark secret behind a series of grisly murders in their decaying industrial city."

Martin will executive produce the series alongside ‘Once Upon A Time’ writer Kalinda Vazquez who will also pen the script. Executive producing will also be Mark B. Newbauer of Mike the Pike Productions along with Vince Gerardis, Paul Sansone, Rich Angell and Lisandro Cruz.

The author added it was not easy trying to pick who would pen the pilot’s script as he was unable to do it due to his commitment to the next ‘Game of Thrones’ book. “Cinemax and my agents set me up for meetings with close to a dozen different Tv writers, many of them very impressive, but Kalinda's take on the story and the characters blew me away.”

“She loves the story and the world, and really seems to get Willie and Randi, and her pitch to Cinemax was one of the most polished and professional I've ever heard. I love her enthusiasm, and look forward to working with her,” Martin said.