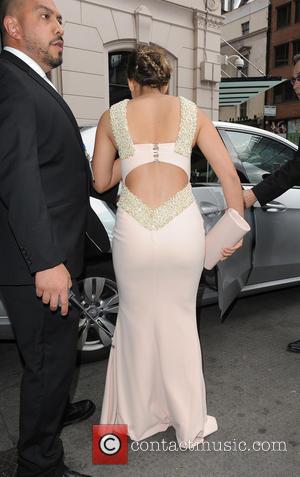 British actress Georgia May Foote was taken to hospital after collapsing on the set of hit soap opera Coronation Street on Friday (30May14).

The 23 year old, who plays Katy Armstrong in the long-running show, fainted while waiting to film a scene, and production staff called an ambulance.

She was tended to by paramedics at the scene for 30 minutes before they took her to a hospital in Salford, England. She was later sent home to recover.

A source tells Britain's Daily Star newspaper, "When word spread that she was so ill an ambulance had been called, everyone was very worried. The paramedics were with her for a while and they decided that she should go to hospital to be checked over by doctors as a precaution... hopefully after a rest over the weekend she will be back to her normal self next week."

No details about Foote's condition have been made public.

She is due to leave the soap later this year (14) after four years.