Gisele Bundchen has beaten Heidi Klum and Kate Moss to be named the highest earning model in the world for the second year running by Forbes.com. 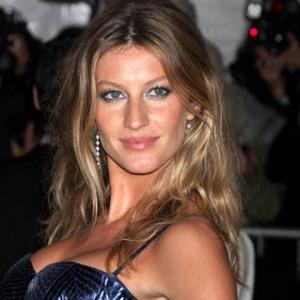 Gisele Bundchen is the world's highest earning model for a second year running.

The Brazilian beauty earned an estimated $25 million in the past 12 months, during which she fronted campaigns for Dolce And Gabbana and True Religion jeans, launched her own skincare range and collection of sandals, as well as becoming a mother for the first time.

German beauty Heidi Klum maintained her runner-up spot, with earnings of $16 million, which were helped by her involvement with TV show 'Project Runway', while Kate Moss came third after making $9 million.

Although most of the world was experiencing a recession, it was never likely it would make an impact on the bank balances of some of the world's most beautiful people.

Ivan Bart, whose agency represents Klum and Bundchen, said: "Companies want to know that if they're putting money behind a talent that she is recession-proof. We find that the experienced models continue to earn well."

Others in the list include Miranda Kerr, Adriana Lima and Alessandra Ambrosio.