Ryan Murphy believes 'Glee' stars including Lea Michele and Cory Monteith may stay on the show at the end of series three despite them ''graduating''. 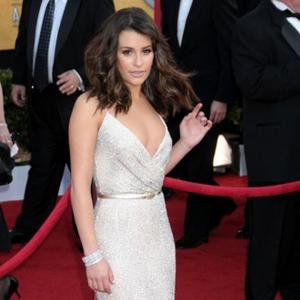 Ryan Murphy says the graduating 'Glee' stars can stay on in some capacity.

Lea Michele, Cory Monteith, Dianna Agron and Chris Colfer are among those set to graduate at the end of the third season of the musical TV show, but its creator Ryan has hinted they will be part of the "'Glee' world" in some way if they want to be.

He said: "We were talking about doing different things and then we decided to work on this season. I think that just because these people graduate, which I thought was very important for the show, that doesn't mean they're not on 'Glee' or not a part of the 'Glee' world.

"We haven't figured out what that is yet. We're figuring that out. A lot of it will depend on the actors and what their dreams are."

The director admits the group - which also includes Mark Salling and Harry Shum Jr. - are continuing to discuss what they want to do.

He is quoted by E! as saying: "We're obviously a very close group of people. We talk about these things every day."

However Ryan does believe it is necessary for the vocal group to change to freshen up the series.

He added: "Because so many kids are graduating this year, I wanted to go back to what the pilot was. Creatively, it was a really great decision because it grounded these kids again."