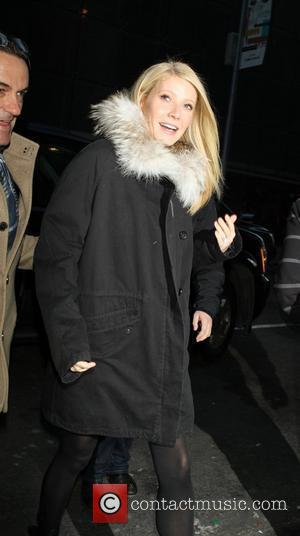 Gwyneth Paltrow, the 38-year-old American actress who is currently starring as a washed up musician in her new film 'Country Strong', hosted Saturday Night Live this past weekend (15th January 2011) and performed a duet with the Gnarls Barkley star Cee-Lo Green, reports the Press Association.
The actress, who sang live for the first time at last year's CMA Awards, performed an impressive rendition of 'Islands in the Stream' with hip-hop star Green. The song, written by the Bee Gees, was a hit for country legends Kenny Rogers and Dolly Parton and as part of a sketch Paltrow called the latter "the lady with the hair and big boobs". The actress also performed a sketch dressed up as the country sensation Taylor Swift, wearing a curly blonde wig and playing an acoustic guitar. Later in the evening she appeared as a 1970's songwriter, a policewoman and the model Heidi Klum.
Paltrow was in high spirits after her duet with Green, telling the audience, "I am such a big fan of Cee-Lo, he is so gorgeous and amazing and talented". Her performance has generally been well received and Entertainment Weekly noted "Paltrow gets credit for a show that tried to be different and occasionally adventurous".